Nevada Homes Group
Specializing in the Best for your Home

Why do experts say urbanization is at an all time high?

Why do experts say urbanization is at an all time high? The answer may shock you! 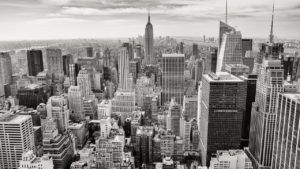 Urbanization, as we are all aware of, is basically the process of a population shift from rural areas to cities. The most staggering cause of urbanization has to certainly be economic factors that are varied in nature.

As per a recent U.N. report, a massive 54 percent of the world’s population is said to reside in cities in the present times. While this is quite a big number that shows a clear favoritism for urban life, it is also being projected that by 2050, this percentage is likely to be pegged at an even higher 66 percent.

Mass urbanization, at present, is said to be a driver of economic growth, since people move to cities for higher-paying jobs and to attain better living standards. However, such growth is also believed to be unsustainable, according to several experts.

Now, there are several reasons as to why urbanization tends to affect the overall environment and cause social disparity. Many of these have to do with the unprecedented challenges that cities face, or are likely to face, but at the same really don’t have the preparedness for.

Another very basic problem is the probability of people being less skillful in their lives, mainly in dealing with everyday issues and problems. It has been observed that a large bunch of these problems could be easily solved by a generation higher to the present. However, at present, such problem-solving skills seem to be far too less and even rare.

We take a look at the major reasons why experts believe that urbanization has been high in recent times.

One of the foremost causes that have driven urbanization, and is still doing so, is industrialization. Ever since the industrial revolution, cities have always emerged as a major means of production and business. The establishment of such heavy industries led to the migration of workers to urban centers.

Essentially a byproduct of industrialization, commercialization is what followed the former. Industrialization led to the manufacturing of goods and products that were meant to be traded. Cities, likewise, became the centers of such trade, which attracted more people to them.

As a result, urbanization has always thrived.

Transportation and communication are another reason that experts state as a cause for rapid urbanization.

Cities and urban centers are well-connected and have better modes of transport too. So, cities have become popular places to reside in, considering their round the clock transport services for both, personal and business purposes.

Communication, on the other hand, is better in urban centers. Services, such as telephone, wireless mobile telephony, computer services, the Internet, etc. are all better and much easily available in cities. Hence, many people prefer to move to cities and reside there.

Better income and standard of living

People who work in cities are likely to earn as much, and even a whole lot more, when compared to those in rural areas. Agriculture is certainly no longer an option for a whole lot of people who migrate to cities in search of more skillful jobs that offer a better pay.  Mowing your lawn is no more.

Better pay also translates to better living standards in urban areas. This is, perhaps, the single biggest reason why urbanization is at an all time high.

Urban planning is attractive to people

Urban life happens to be pretty systematized and is pre-planned in nature. Compare that with rural life, and you can see the vast difference that exists. Rural areas also do not have proper planning in place which makes urban life pretty attractive.

Hence, people migrate to cities and that is another reason for high urbanization levels.

Urban areas certainly boast of better recreational facilities. All major cities in the world boast of having parks, walkways, cinemas, malls, stadiums, etc. These are pretty much absent in rural areas.

Cities also bring about a change in the mode of life and social conditions. Starting from personal matters, such as dressing, food habits, and residences, to fast-paced social activities, people tend to be attracted to urban life in more ways than one.

Better opportunities in education and arts

Education is one of the primary aspects that bring about a change in people’s lives. Hence, everyone wants to harness the best of education that they possibly can.

With regard to this, cities and urban areas certainly promise to offer better educational opportunities, as compared to those in rural areas. The very best of schools, colleges, and universities, are always located in the cities, which attract plenty of students.

While urbanization certainly been very high in recent times, it isn’t necessarily a good phenomenon. There are many fallouts of urbanization that don’t go hand in hand with a better quality of life.

Urbanization is largely responsible for social instability in the present day world. With more and more of the population moving to cities, there is a constant pressure on them to create a better economic value than that in the countryside. Rapid urbanization results in high cost of living there and competition to live in better spaces can drive people towards a certain debt trap.

It has also been observed that people migrating to cities these days tend to have low basic skills that pertain to solving common issues. For example, people are more reliant on others to get things done simply because they lack the skills to do such tasks by themselves.

An example in this sense can be roofing. People living in the countryside are often well versed in carrying out minor roof repairs and cleaning processes. However, in urban areas, it is almost totally unlikely that one could carry out their own roof repairs. As a result, they are more likely to rely on a roofing service. Thus, lack of basic skills is a result of urbanization as well.

While urbanization has its pros and cons, it is unlikely that the rate at which it is occurring is going to slow down. However, the most responsibility falls on the part of urban planners and governments to tackle or find alternatives to this rapid phenomenon.